So I decided I was going to do my Snap Albums a little bit differently.
I want to do one for every year.
(As long as that's possible)
I want to make a better effort to pick Lexie up at least once a week for a play day at Grammie's house.
I've been slack on that.
I can also take pictures while she is with me.

So I'm going to try doing a weekly layout.
Including some kind of calendar insert, the weather for the week
and all the fun photo's I took.
I started by putting all my photos in a monthly folder on my computer.
(2013 September)
For each girl.
All the photo's now have been renamed with the date they where taken.
And the first week for Lexie's album is done.
So far so good. 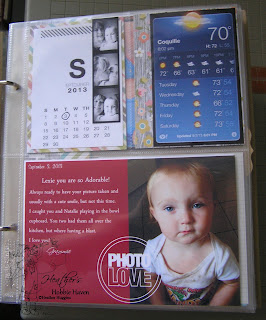 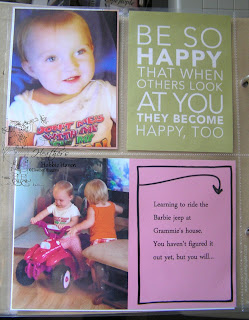 The arrow frame is also from
Designer Digitals
This Way 3x4 Journal Cards
I love how I could just type my journaling
on one half of my picture and print it out. 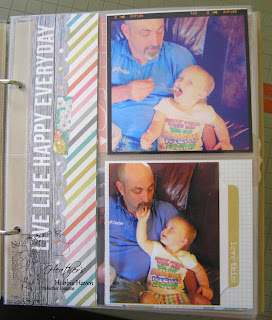 These two and the Little People box.
I don't know why it's so fun to sit in?
They even fight over who gets to sit in it. 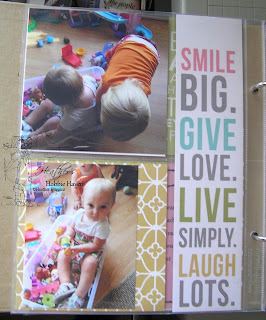 I found this cool app for my phone this week that takes pictures
like in a photo booth.
It's pretty cool. 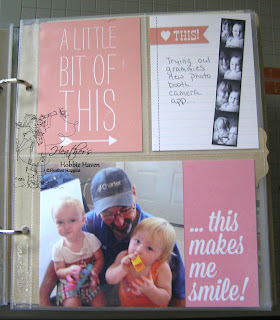 For the inserts I used Simple Stories Vintage Bliss Collection.

Now to catch up all her other photo's...

Have a wonderful day.

Posted by Heather Huggins at 12:05 AM

This is gorgeous Heather. Love the meaningful sentiments and the pictures and design are fabulous.
Hugs Sharon.. x